In 2016 the Clark County Prosecutor’s office prosecuted 628 felony cases in Common Pleas Court, with 699 defendants indicted. As part of these prosecutions, our office forfeited $125,376.77 from criminals. In addition, our Diversion Program accepted 37 felony cases, of which 27 cases were completed by the end of the year. The Diversion Program successfully recovered $28,616.82 in restitution for victims of crime, and also cleaned graffiti at 528 sites around the county. In Juvenile Court, we prosecuted 1,059 new delinquency cases, as well as 80 adult contributing to the delinquency of a minor cases, and 565 traffic cases. In addition, we prosecuted 231 dependency temporary custody cases, and 29 permanent custody case. The Clark County Prosecutor’s office also assisted in the collection of approximately $4,410,048 in delinquent real estate taxes, as well as the representation of 31 County agencies, 10 Townships, and the County schools.

- In January 2016, Clark County Juvenile Court and the Clark County Prosecutor’s Office rolled out a new diversion program focused on sexting among juveniles. This program, known as the STOP program, focused on juveniles who take, send, share, and distribute nude images of themselves or other juveniles. Upon discovery of an incident, the juveniles involved are charged with related criminal charges. Those juveniles are then screened at Juvenile Court for acceptance into the STOP diversion program. If accepted into that program, juveniles must follow specific rules and requirements of the program. If the juvenile successfully completes the STOP program, the Prosecutor’s Office will dismiss their criminal charges. However, juveniles who are charged with sexting related crimes which are malicious in nature will be prosecuted without consideration for diversion. In order to teach juveniles about the dangers inherent in this behavior and to advise them of the criminal nature of the conduct, the Prosecutor’s Office created a video which was distributed to all middle and high schools in Clark County in February 2016. An updated video was then distributed to all middle and high schools in Clark County in September 2016, and that video can be viewed here.. It is the goal of the Prosecutor’s Office to educate all juveniles about this behavior in order to prevent juveniles from engaging in any form of sexting behavior.

- Assistant Clark County Prosecutor Megan Farley once again helped to coach the Springfield High School Mock Trial Program. As a coach, she helped to teach students about the law, and how to prepare and present cases at trial. The students competed against teams from all over the State in several competitions

- In December of 2016, the Clark County Prosecutor’s office Criminal Division held a Continuing Legal Education (CLE) training and retreat. All attorneys in Ohio are required to complete a number of CLE hours in order to maintain their license. Due to the specific nature of their jobs, often times finding relevant CLE hours can be difficult for our attorneys to find. To better serve the attorneys in the office we developed our own CLE training program that was certified by the Ohio Supreme Court.

The attorneys received training in arson investigation, recovery of information from electronic media, use of force issues and law enforcement, as well as other areas. By establishing our own training program we were able to provide relevant information to the criminal attorneys and able to save money over similar training programs. 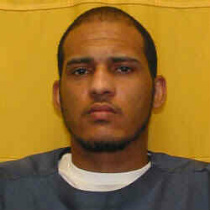 On October 28, 2015, Troy Holder, Jr., age 27, was taking Bryant Lawson and Titus Ford to Pumphouse Road in Springfield, Ohio to purchase firearms. Once at the location, Troy Holder, Jr. proceeded to rob Bryant Lawson at gunpoint, removing money from his pockets. During the commission of the robbery the defendant purposefully shot both Lawson and Ford multiple times killing them. Troy Holder, Jr. then fled the scene in another vehicle and went to the Super 8 Motel. He was apprehended at the hotel the next day and was in possession of money that had Bryant Lawson’s blood on it. Trial began on August 15, 2016, and on the second day of the trial defendant pled guilty to two counts of murder with firearm specifications. Defendant was sentenced to life in prison with the possibility of parole after 18 years. 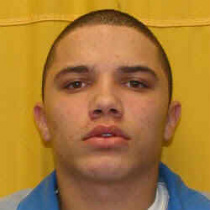 On October 2, 2015, Haunz Bray, age 20, and a juvenile co-defendant, Darious Hall, broke into 136 Southern Avenue in Springfield, Ohio. Two residents were present, and were able to flee and call 911. Springfield police responded to the call, and Officer Cantrell observed two black males exiting the house carrying a television. The officer announced her presence and the defendants dropped the TV. Haunz Bray then pointed a firearm directly at Officer Cantrell firing several rounds attempting to kill the officer. The two suspects then fled on foot and officer Massie began a foot pursuit. Other officers arrived on the scene and apprehended both suspects, as well as locating a firearm. On March 8, 2016, Haunz Bray pled guilty to attempted murder with a firearm specification as well as aggravated burglary, and was sentenced to 20 years in prison. Darius Hall was bound over from juvenile court to common pleas court, and pled guilty to aggravated burglary with a firearm specification, and was sentenced to 11 years in prison. 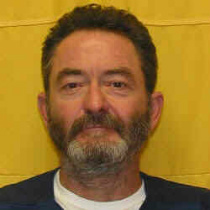 On July 25, 2016, after a three day trial, a jury found Larry C. Brown guilty of felonious assault and tampering with evidence. The charges resulted from a 911 call Larry Brown made on July 30, 2015 where first responders found Dawn Howard unconscious on her bedroom floor in a serious, life threatening condition. Over the course of the investigation, detectives discovered that Larry Brown followed his girlfriend, Dawn Howard, home from work on the evening of July 29, 2015. Larry Brown made statements to detectives that he made sure she got home safe and he left her for the evening only to find her the following morning naked and unconscious on the floor of her bedroom. Larry Brown admittedly tried bathing her, and dressing her before calling 911. Through the course of their investigation, detectives discovered that Larry Brown and Dawn Howard were at the Ole Brick Tavern on the evening of July 29, 2015, many hours after Larry Brown claims to have last seen his girlfriend. Blood was discovered all over Larry Brown’s truck, including on the front grill, and the bed of his truck where a rope was discovered with a loop in it. The blood found on several different areas of Larry Brown’s truck came back to Dawn Howard. Dawn Howard suffered a traumatic brain injury that changed her life forever. On August 8, 2016, Larry C. Brown was sentenced to a total of 11 years in the Ohio State Penitentiary, which was the maximum sentence that he could receive. 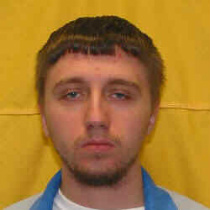 On August 26, 2016, Brett M. Meddock was convicted after a jury trial. Meddock, age 21, was charged with one count of felony murder, one count of involuntary manslaughter, one count of felonious assault, and two counts of endangering children. These charges and Meddock’s conviction are a result of the death of 16 month old Kayden Payne. Kayden’s death was the result of multiple blunt force trauma, which Meddock inflicted upon him shortly before his death. Meddock was sentenced to life with the possibility of parole after 23 years.

On November 5, 2016, Christopher and Tamara Remy were convicted after a jury trial. Christopher Remy, age 28, was charged with 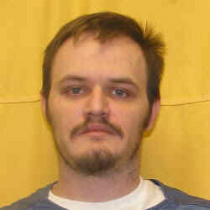 After a five day jury trial in December, 2016, Prentice Hare was convicted of two counts of felony murder, and aggravated robbery in the death of Dashun Lumford. Lumford’s body was found dumped behind 12 S. Light Street in Springfield on December 7, 20 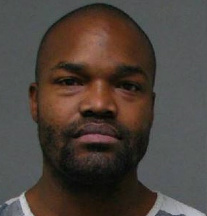 15, with no immediately apparent cause of death. Several days later, multiple eyewitnesses came forward and provided information that Lumford had been strangled to death by Hare. The autopsy indicated the cause of death was consistent with manual strangulation despite a lack of any internal physical injuries to Lumford, and the existence of high levels of fentanyl in his blood. At trial, in addition to the credibility of the State’s witnesses being attacked, the defense presented multiple expert witnesses to argue that Lumford had died of a fatal overdose, and not by being strangled by Hare. Ultimately, the jury found the State’s witnesses and experts to be more credible and convicted Hare. He was sentenced to 26 years to life in prison. Shorlty after being sentenced, Hare was indicted for another homicide that occurred in the summer of 2015, and is awaiting trial on that case.

A group of seven men, dubbed the "Band of Thieves" by detectives, was prosecuted for a lengthy crime spree spreading across Southwest Ohio. The group was led by Ricky Terry, and included family members and other associates of his, including Ricky Large, Billy Barrett, Markus Barrett, Jesse Rieder, Jerry Bush, and Kenneth Melton. The defendants were indicted on a total 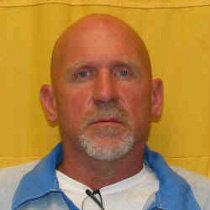 of 74 charges for conduct from July 2014 through December 2015, and included engaging in a pattern of corrupt activity, breaking and entering, receiving stolen property, theft safecracking, vandalism, failure to comply, and theft of drugs. The offenses were committed in Clark, Darke, Delaware, Miami, Montgomery, Pickaway, Preble and Shelby Counties, and the investigation involved wide scale cooperation among law enforcement agencies from all of the jurisdictions, including the Attorney General’s Office. The Clark County Prosecutor’s Office agreed to handle the prosecution of all of the offenses in one indictment in order to consolidate resources and increase the chance of a successful and substantial prosecution. The total amount of loss from the various crimes was substantial and incalculable, but easily believed to total over $1,000,000. All of the defendants entered into guilty pleas, and received the following sentences: Ricky Terry-27 years; Ricky Large-15 years; Billy Barrett-14 years; Jerry Bush-10 years; Markus Barrett-7 years; Jesse Rieder-2 years; Kenneth Melton-15 months.